Gloria Allred filed a lawsuit on behalf of Teri James, a pregnant employee who was terminated by San Diego Christian College for engaging in premarital sex.   Rumors began to spread at San the school when James appeared to be pregnant.  James, who was single at the time, met with her supervisor and human resources director and admitted to being pregnant.  The college has a community covenant and student handbook that states Biblical character is highly valued and desired.  The handbook also indicates that the school frowns upon sexually immoral behavior, including premarital sex.
Ms. Allred revealed the basis for suing when she stated:

They can call themselves a Christian college, but they have to comply with the laws of the state of California, which prohibit discrimination on account of gender, marital status and pregnancy, and with the California constitution, which guarantees the right of privacy.

In most states, I would think that Ms. James would have an uphill battle.  For example, I am aware of at least one case in Florida where a young lady who worked for a Christian high school was unable to obtain unemployment benefits after she was terminated for sharing an apartment with her fiancé.  In Florida, it is rare for an employee to be denied unemployment benefits unless the employer can show some form of misconduct.  If she could not win before the unemployment appeals referee, there is no way she would prevail in court arguing gender, marital and pregnancy status, and privacy.  On the other hand, since Ms. James is in California, I would not be surprised if the court ruled in her favor.
Posted by Rich Bradford at 6:40 PM 0 comments

A Florida OfficeMax recently settled retaliation claims filed by the EEOC on behalf of an employee for $85,000.  In this case, an OfficeMax store manager fired an employee, who later complained that the manager fired him because he is Hispanic.  The company required the manager to rehire the employee.  According to the lawsuit, the manager, however, made life difficult for the employee by creating reasons to terminate him and trying to force him to resign.  The employee went to the EEOC who investigated his claims against OfficeMax.   After the parties failed to reach a pre-suit resolution, the EEOC filed a lawsuit in Tampa federal court on behalf of the employee.

Carolynn Filipponne worked in the office of the Hillsborough County Property Appraiser, holding a couple of positions before eventually rising to the level of director of human resources.  She worked for the current Property Appraiser Rob Turner.  Approximately, two years ago she filed a Charge of Discrimination against Turner’s office with the Equal Employment Opportunity Commission (“EEOC”) based on allegations of sexual harassment.  Specifically, Filipponne alleged that Turner had sent her pornographic photos through the emails.  She also alleged that Turner had sent him a text that attached a photo of his genitals.  Think allegations against made by former FSU cowgirl against Brett Farve or former New York Congressman Anthony Weiner.  See Woman Considers Wrongful Termination Suit Against Rob Turner, Who Sent Her Porn. 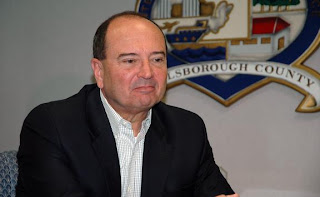 The EEOC closed the file in April indicating “The EEOC is unable to conclude that the information obtained establishes violations of the statutes.”  At this point, Turner believed he won the case and on Monday, he fired Ms. Filipponne.  In other words, he went from exercising poor judgment, with his use of the emails, to failing to consult wise counsel regarding the employment of Ms. Filipponne.  Also, a story that was unknown to the public has become front page news for the last three days.

The dismissal of the EEOC case started a 90-day clock for Ms. Filipponne.  She has until sometime in July to decide whether she wants to drop her case against Turner’s office or move forward with a lawsuit in state of federal court.  She is also represented by an excellent attorney, Steve Wenzel, who is guiding her through her decision.  Ms. Filipponne also added Chris Jayson to her legal team.  The question is not whether Ms. Filipponne will file suit.  Rather, the question is when.  By firing Ms. Filipponne, Turner unwittingly gave her a reason to move forward with a lawsuit.  To make matters worse, Ms. Filipponne can add allegations of retaliation on top of her harassment claims.  I have not done a scientific study, but I always felt that a retaliation claim is always easier to prove than a discrimination or harassment claim.

A few years back, the County spent nearly $300,000 trying to defend Kevin White, who I understand reported to prison yesterday by the way.  The County needs to settle this case quickly because taxpayers are growing weary of having to write big checks for acts of poor judgment by County officials.
Posted by Rich Bradford at 2:34 AM 0 comments

Discrimination Based on Gender Stereotypying

During an interview, the Equal Employment Opportunity Commission used a Burger King franchise as an example in its discussion of steps that an employer should take to minimize sexual harassment lawsuits.  The EEOC provided the following suggestions:
Having the best policies in place is not enough.  Business owners need to make sure that their managers are familiar with the policies and know how to enforce the policies.  Follow this link for more on "EEOC Says How to Avoid Sexual Harassment Suits." 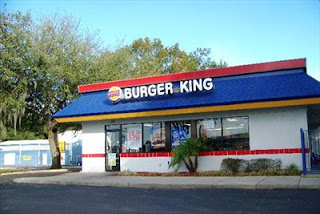 Posted by Rich Bradford at 1:11 AM 0 comments

About a month ago, I wrote about an employee who has a disability discrimination case pending against Regions Bank.  The employee has bipolar disorder and unless a settlement is reached, there is a very good chance that this case will go to trial in the next month or so. See below discussion of  Muzyka v. Regions Bank.

Last week, news reports released a story about another bipolar employee who took his employer to court.  The employee was able to persuade the judge that his employer discriminated against him and recovered a verdict of $56,500.

Sean Reilly was diagnosed with bipolar disorder while he was in college.  Although treated for the condition, he had problems and dropped out of college.

Reilly then took a job as an assistant manager with Cottonwood Financial.  owns and operates pay day lending stores in a handful of states.  Reilly decided to stop taking his medication after gaining almost 100 pounds.   Afterwards, Reilly started feeling paranoid and believed that people were talking about him behind his back.  Afraid that others would spy on him, he threw out his cell phone.  Reilly eventually had a nervous breakdown.  He called in sick and his boss denied his request saying that someone needed to cover the store.  Reilly went to work and requested two weeks of leave, which also was denied.  Within a month, terminated Riley’s employment.

After a four day bench trial, Judge Edward F. Shea of U.S. District Court for the ruled in Reilly's favor.  A bench trial is a trial before a judge without a jury.  Reilly’s attorney took a different approach because more often than not, employment law plaintiffs would rather have a jury trial.

Judge Shea found that Cottonwood’s policies and practices were deficient. The judge also found that ’s reasons for firing Reilly were a pretext – i.e., cover-up – for intentional discrimination.  Reilly’s attorney noted that this case is significant because the employer regarded and perceived him as disabled and incapable of doing his job.

Reilly, by the way, was able to return to school and earn his degree.

Promote Your Page Too

The hiring of a lawyer is an important decision and should not be based solely upon advertisements. Before you decide, ask us to send you free information about our qualifications and experience.